A. Kazyonnov, M. Popov
This book introduced to readers is devoted to an important and hard problem. It was researched by historians, sociologists, jurists and other specialists. Nevertheless, the problem of studying and comprehension of Soviets still remains. That is why the authors, Doctor of Philosophy, Professor at the Department of Philosophy, Head of the Leningrad Division of the Workers’ Academy Foundation, A. Kazyonnov and Doctor of Philosophy, Professor at the Department of Economy and Law, President of the Workers’ Academy Foundation, M. Popov, have found it useful to gather their researches under one cover and to suggest them to those who want to study these hard problems. It does not mean that the authors have studied, published everything and may rest. No, the work on the theory of Soviets of Workers’ Deputies continues and the authors hope that publication of this book will push young powers to this work.

The book will be useful and interesting to those who aspire to bring closer the rebirth of the Soviet power in Russia, to struggle for its progressive development by the word and action.

Translated from Russian to English by A. Podzhidaev 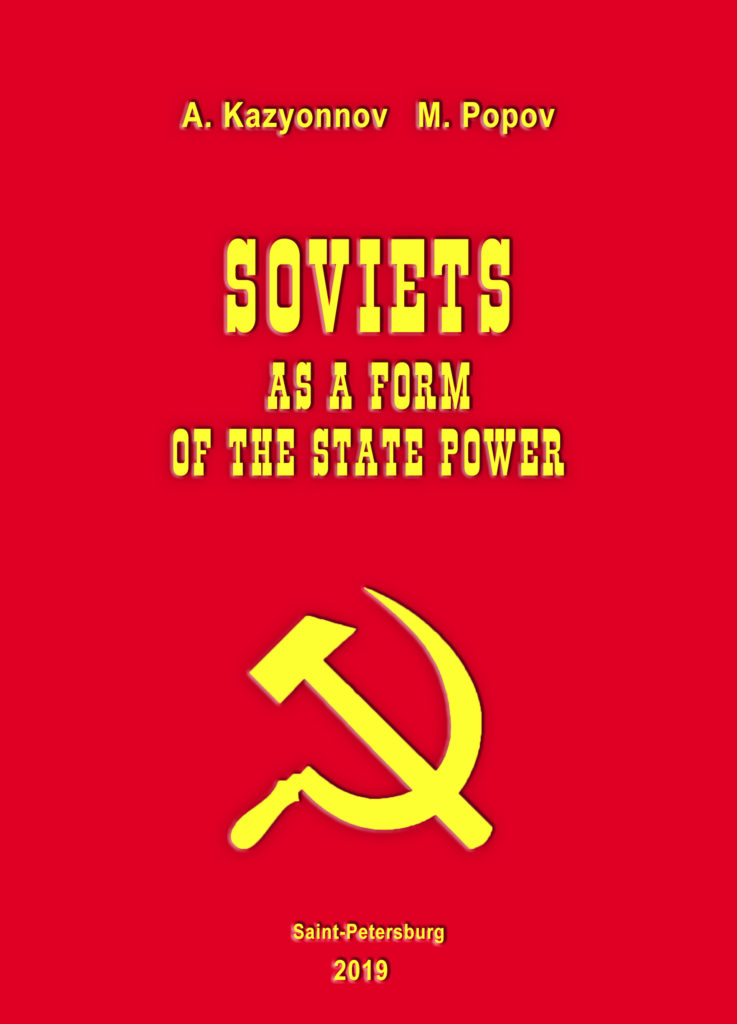 SOVIETS AS A FORM OF THE STATE POWER